When Ted Koerner heads in for a health checkup, he doesn’t have to worry about his physician giving him judgmental looks that say, “Hey, what have you been doing with yourself?” Instead, the two-time cancer survivor says his physician, Dr. David Sundwall, feels like an old friend. The physician chats […]

When Ted Koerner heads in for a health checkup, he doesn’t have to worry about his physician giving him judgmental looks that say, “Hey, what have you been doing with yourself?”

Instead, the two-time cancer survivor says his physician, Dr. David Sundwall, feels like an old friend. The physician chats with Koerner about his life. He always remembers to ask about Koener’s wife, Patti, and sends him home with a reminder that she’s due for a doctor’s visit.

The couple has been seeing Sundwall for years at the state-run medical clinic in Salt Lake City, a standby in their lives since they fell on hard times and had to enroll in Medicaid. But it’s a stability they’re about to lose.

Recently, they learned that Utah officials had decided to close their clinic, along with medical centers in Provo and Ogden. Lawmakers met in June to tighten a budget strained by the pandemic, and the health program’s funding didn’t make the cut.

“I am blown away that they’re closing it,” said Koerner, 72, who liked his clinic so much he stuck with it even after shifting to Medicare. “It just doesn’t make sense to me at all that the government is going to close down a facility that does so much good for the people that need it.”

Some are Medicaid recipients with chronic conditions. Others need to see a dentist but don’t have insurance coverage and can’t pay for the care out of pocket. The clinic is also one of the few places for refugees to get required health screenings and vaccinations as they settle into a new country.

“It was kind of a duplication of services, when it got down to the point we had to cut,” said Rep. Paul Ray, R-Clearfield, who sits on the subcommittee that plans the state’s social services budget.

But Dr. Marc Babitz, deputy director of the state’s health department, said medical providers and staff at the clinics were heartbroken when they found out.

“They’ve come to know these patients over the years,” he said. “They worry about what their future holds.”

On top of that, advocates predict the pandemic will only deepen unmet health care needs, as a reeling economy forces more people onto Medicaid. These uncertain times call for bolstering — not ending — safety net programs such as the health clinics, they argue.

“Places that do serve low-income adults are just stretched right now,” said Jessie Mandle, senior health policy analyst with Voices for Utah Children. “They were stretched before [the pandemic], and they’re going to be hit even harder now.”

‘I don’t know what options I have’

The state opened the health and dental clinics more than three decades ago, out of a commitment to treating Utahns without health care and others who are underserved, said Jake Fitisemanu, who manages the facilities.

Since then, the clinics have also begun running a mobile dental clinic that travels to rural communities without local providers and now serve as a resource for state employees who are on the public health plan.

Alyshia Klein, a state employee, estimated that her family of four has saved hundreds of dollars each year by using the clinic. The copayments are only $10, and Klein said medical tests are also cheaper.

“It’s just been an all-around great place for us to get medical care,” she said.

The Salt Lake City clinic is also one of only two places that offers health screenings to refugees who have just arrived in Utah, said Pamela Silberman of the International Rescue Committee. The federal government mandates these checks — meant to screen for infectious diseases and identify other untreated medical conditions — within a month of a refugee’s arrival, she said.

“They’re a clinic that knows how to work with interpreters,” Silberman said. “They have a good understanding of refugees and their needs, and so that’s a loss for that kind of cultural knowledge and sensitivity that the clinic provides.”

Beyond that, he said, many of the clinic’s clients don’t have stable housing or reliable access to transportation. Just getting to an appointment might be a struggle. But the clinic’s staff are sensitive to these challenges, he said, and are experienced in helping clients who can’t afford their prescriptions or don’t have a refrigerator to store their medication.

“Take those things away, and it creates a situation for our patients where just getting health care might not be the first priority,” he said. “Where you’re deciding to keep the lights on or go to the dentist.”

Babitz, who has worked for years in the Salt Lake City and Ogden clinics, echoed these worries. Physicians and staff at the clinics are willing to work with clients who might have complex medical conditions, psychological issues and life circumstances. Not all providers feel that way.

“These are not the kinds of patients that are favored by many of my colleagues,” he said. “So I have some real concerns about whether … some of them will be able to find alternative care.”

In all, 41 people will lose their jobs, Fitisemanu said.

Essie Shaw said the mental health services she’s received at the clinics have been lifesaving.

The Salt Lake City-based photographer doesn’t have insurance, and she said she couldn’t afford to pay $100 an hour for counseling. Through a friend, she discovered that the clinic offered therapy for only $5 a session.

Her therapist has guided her through a housing move and the anxiety stirred up by this year’s earthquake and pandemic. They’ve built trust with one another, Shaw said, and she’s not sure what to do now that the clinic is disappearing.

“To find a new therapist that I could connect with on that level … I don’t know that I have the capacity to do that whole process over again,” she said, breaking into sobs. “I was looking so long to find mental health care. I don’t know what options I have now.”

State lawmakers made cuts across the government in June as a way to plug a budget hole caused by tax losses from the pandemic. They tapped into reserve funds to protect critical areas, such as education and social services — but even these categories had to absorb some reductions as lawmakers struggled to make ends meet.

Fitisemanu, the clinics’ manager, said he was “blindsided” by the Legislature’s decision to strip his health program of funding. Babitz said he didn’t expect the clinics to be on the cut list, either.

Silberman said she wasn’t surprised that state legislators targeted the clinics, given her sense that they’re averse to providing government services that might compete with the private sector.

“The concept of having a public clinic may not align with the philosophy of some of the [members of the] Utah Legislature,” she said.

The fact that the clinics have been running an annual deficit of about $2.5 million might have worked against them, although Babitz noted that they don’t benefit from the federal grants and private donations that other safety net providers receive. The state clinics, he said, are much more dependent on Medicaid reimbursements that are widely understood to be below standard rates.

When it became clear that the clinics were on the chopping block, clients and advocates rallied to save them.

“The defunding of this program would be a cruel injustice to an already underserved population,” Shaw wrote in June. “Please consider the catastrophic consequences for Utah families and individuals across the state who depend on the crucial services provided by the state-run medical and dental clinics.”

With the state’s recent Medicaid expansion, Ward said, Utah leaders reasoned that many of the people who previously lacked insurance would now get coverage and wouldn’t be as dependent on the state-run clinics.

Although he ultimately supported rolling back the clinics’ funds, Ward said it wasn’t an easy vote for him.

“To have them on the cut list was one of the harder decisions for me on that whole list,” the Bountiful Republican said. “I know that’s no solace to someone who has to go find another clinic.”

Tue Aug 4 , 2020
FRESNO, Calif. (KFSN) — Fresno resident Kathryn Koch hasn’t been to the dentist since February. Now she’s back, even in a pandemic. “It was time. I’m a school teacher, so this is the day. I also have things I want the dentist to take a look at just routine to […] 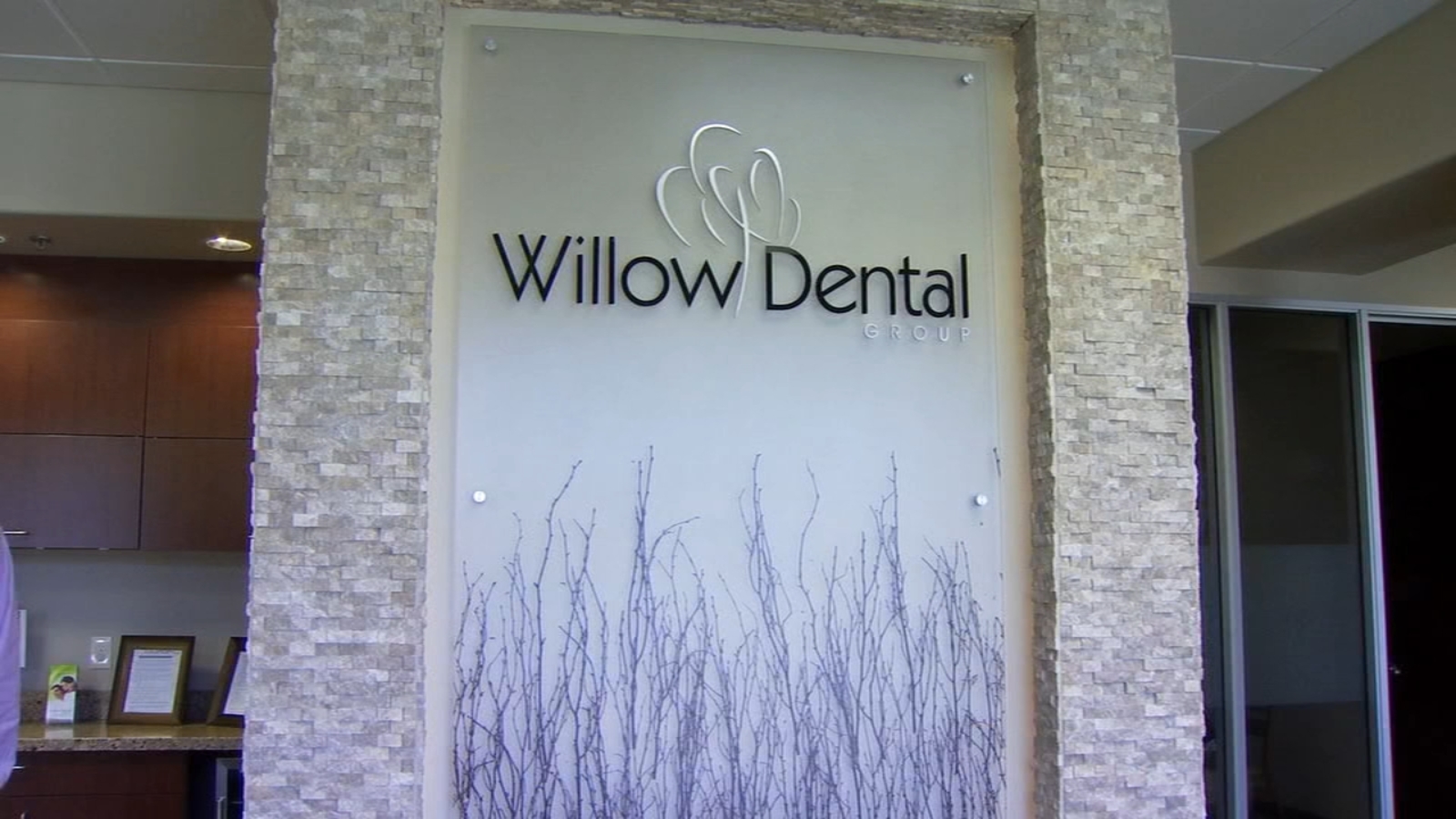