A special master at the Ohio Court of Claims has sided with The Columbus Dispatch in a 13-month-long records dispute over death certificate data.

Special Master Jeff Clark recommended in a June 9 report that the Ohio Department of Health turn over death certificate records contained in its Electronic Death Registration System database in response to the April 20, 2020 request.

The health department has seven days to file an objection to the report and could appeal it to the 10th District Court of Appeals.

The department declined to provide responsive records to the USA TODAY Network Ohio Bureau, which serves the Dispatch, on Friday, citing “pending litigation.” The agency did not reply to a question about whether it would appeal the decision.

The Ohio Department of Health initially refused to provide the database, claiming it contained death data from local agencies and was itself not a record.

From the editor:Dispatch legal battle seeks to maintain open access to public records

It later provided a partial dataset in October 2020, claiming a state public records exemption for protected health information prevented them from releasing the names and addresses of the people who died.

The Dispatch contended that the database contains publicly available death certificates, which are not protected health information and are routinely retrieved through public records requests.

Clark agreed, noting copies of death certificates can be obtained from state and local officials and are used by probate courts, cemeteries, funeral directors, commercial lenders and others.

“The requested death data is thus expressly and indisputably ‘public,'” he wrote.

The health department also argued that providing the data would constitute a search outside the parameters of what the law requires. Clark disagreed, noting that the agency has conducted queries of the data in the past and does not need to reprogram the system to produce the requested records. The database, he wrote, is the electronic equivalent of a file cabinet of physical death certificates.

When was the initial request made?

The initial request for the data was made April 20, 2020, after journalists had been asking health officials and Gov. Mike DeWine for weeks about how nursing homes were faring from spread of the novel coronavirus. Earlier that day, DeWine announced the state would begin publicly reporting the number of deaths in nursing homes but not the exact locations where people died.

Requests for those locations by other media organizations, including The Enquirer, were also denied by the Ohio Department of Health and challenged in the Court of Claims. The department has appealed a special master’s recommendation that the agency provide death data for specific locations requested.

Jackie Borchardt is the bureau chief for the USA TODAY Network Ohio Bureau, which serves the Columbus Dispatch, Cincinnati Enquirer, Akron Beacon Journal and 18 other affiliated news organizations across Ohio.

Wed Jun 16 , 2021
HONG KONG, June 9 (Reuters) – The Hong Kong team behind celebrity humanoid robot Sophia is launching a new prototype, Grace, targeted at the healthcare market and designed to interact with the elderly and those isolated by the COVID-19 pandemic. Dressed in a blue nurse’s uniform, Grace has Asian features, […] 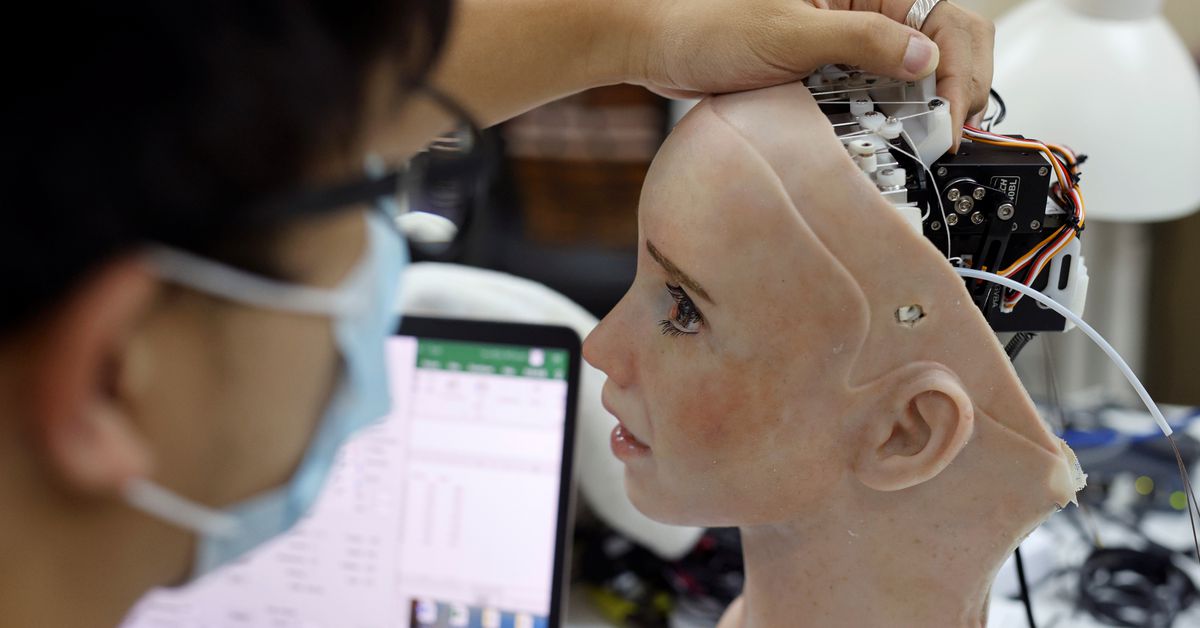