This was 2009. I had been unemployed for over a year. I’d left my job at Google in London in May of 2008 and I moved to Washington, convinced I’d get a job in politics after a few weeks of searching. But then the financial crisis hit. My savings were […]

This was 2009. I had been unemployed for over a year. I’d left my job at Google in London in May of 2008 and I moved to Washington, convinced I’d get a job in politics after a few weeks of searching. But then the financial crisis hit. My savings were running low and I tried my best to stretch my money an additional month, two months, three months, until there was nothing to stretch. I applied to every job I could without success. I was living with my girlfriend, but she wasn’t making much, and since we weren’t married, I could not use her medical or dental insurance.

And then my gums began to hurt. What began as a pinprick of irritation beneath my molars soon evolved into swollen gums and the persistent sense that there were particles of food stuck somewhere beneath my gum line. The location of the particles always seemed to change. Every night I diligently searched for them. I never found them.

Even as I spent much of my time envisioning a future in which I had nothing but the clothes on my back and a mouthful of rotted teeth, I wanted, more than anything else, to be a novelist. Yet I was beginning to realize something that generations of artists in this country have understood: that I was living in a society that does not understand what it takes to become an artist — the time commitment, the period of aimless searching, the trial and error, the money. That I was living in a society that claims to love art but is largely inhospitable to artists.

These facts seem more dire when considered in light of the current state of affairs. As policymakers engage in conversations about how American workers should be supported during the coronavirus pandemic, we have heard little about what they will do to ensure that the millions of Americans who have recently become unemployed have access to comprehensive health coverage. Dental coverage is not even part of the discussion. We’ve heard even less from them about how they intend to specifically support artists, who often work at the margins of the American workforce without these benefits, and who, as a result, are struggling even more now.

Of course, I wasn’t thinking about these facts during my time of poverty and bad teeth a decade ago. Instead I tried to focus on my work even as the pain in my teeth increased each day. In time, the pain became an all-consuming force; each time I moved my jaw my gums throbbed, and spikes of flame coursed through my mouth. I wrote as much as I could, and sometimes trekked to my local bookstore to read in the corner, and though I couldn’t concentrate on my work for more than a few moments at a time.

Borowiecki also found that artists make less than the typical worker in the United States. This means, among other things, that artists often have to depend on their families for support, including health care and dental care, and those who cannot do this — especially people of color, who often emerge from families that make much less than White families — are less likely to become artists.

Despite everything I experienced back then, I realize that I’m one of the lucky ones. I finally managed to find a job with excellent benefits, and during my first week of employment I slipped out of the office and went to the dentist for the first time in two years. After a thorough checkup and cleaning, I was relieved to learn that despite the fact I had a bacterial infection in my gums, my teeth would be okay.

Since then I have had supportive bosses and colleagues who tolerated my occasional absences for literary conferences and workshops. And I eventually managed to connect to a network of artists and thinkers in my community who supported my work and provided me with important opportunities. As I look back now, almost a year after publishing my debut novel, I think of how precarious my path was. And I realize that, but for the grace of a few friends and the fact that I moved to a city with free museums and plentiful bookstores, I would have never had the chance to accomplish the goals I set for myself.

This is especially true now as the coronavirus pandemic has dramatically widened the gap between the haves and have nots — between those who are actually gaining considerable wealth now and, well, everyone else. And the recent killing of George Floyd by police has occasioned a national conversation about how the lasting vestiges of slavery continue to negatively impact the lives and bodies of Black people.

And there are others who are desperately seeking work to pay their mounting bills. One potential outcome of the multiple crises we face at this critical point in our nation’s history is that our cultural output could become even more skewed toward the privileged. This would be an utter shame.

Policies like universal health care and dental care would help us to repair our badly fraying safety net and would provide relief to many Americans, but they would also greatly enrich our artistic production. Countless Americans, especially the poor and people of color, would have an opportunity to contribute to our cultural heritage without worrying about where their next meal might come from or how they might survive a dental emergency.

And at a moment when so much of the art we consume is created by, targeted to and valorized by wealthy White Americans, our culture would benefit immensely from the addition of new voices. I am not the first writer who has experienced poverty, and I will surely not be the last. But I do sincerely hope that I am among the last who will languish for years with swollen gums and big dreams.

Wed Nov 18 , 2020
With all of the news on so many various supplements, weight-reduction plan plans and well being regimes we needed to make a list of the High 10 Well being Dietary supplements everyone must be taking everyday. Public health has been described as “the science and art of preventing disease, prolonging […] 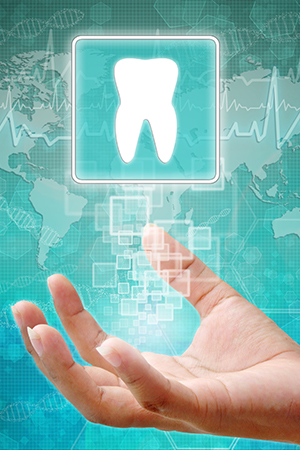