The Glynn County Health Department has issued a shoreline pollution advisory for Jekyll and St. Simons islands, urging beachgoers to be on the lookout for oil globules in the sand and fuel sheens on the surf from the salvage operation of the shipwrecked Golden Ray. The advisory, issued late Wednesday […]

The Glynn County Health Department has issued a shoreline pollution advisory for Jekyll and St. Simons islands, urging beachgoers to be on the lookout for oil globules in the sand and fuel sheens on the surf from the salvage operation of the shipwrecked Golden Ray.

The advisory, issued late Wednesday night, cautions beachgoers and anglers that “occasional discharges of oil” are making their way to local shorelines from the shipwreck, the steel remains of which sit half-submerged between the two islands in the swift-flowing waters of the St. Simons Sound.

Salvors are presently working on the fifth of the seven cuts that will remove the shipwreck. The 656-foot-long vessel overturned Sept. 8, 2019 while heading out to sea with a cargo of 4,200 vehicles. Four sections of the shipwreck have been cut away and removed, leaving about 300 feet of the mass chunk of steel remaining in the St. Simons Sound.

Fuel began leaking during cutting operations Monday, emitting gray fuel sheens dappled with oil globules into the sound. Many of the oil globules are washing up on local shorelines.

Cleanup teams with the salvage operation are combating the fuel leak on land and water. Cleanup crews on boats have patrolled the waters with oil-absorbent boom and V-shaped current buster vessels that corral and collect oil sheens. Additional cleanup crews are policing the islands’ shorelines and collecting oil globules and oily sand, Unified Command said.

Still, oil from the recent cut is making its presence known, the health department said. It advised beachgoers coming in contact with the oil globules to wash it off “with clean soap and water. There is no need to use harsh detergents, solvents or other chemicals to wash oil from skin or clothing – these could be harmful to you.”

The health department advised people to get out of the water if they encounter an oil sheen on the surface.

“The public is advised to remain alert for oil in the water or the sand,” the health department said in a statement. “If you see a sheen of oil on the surface of the water, get out of the water and report the sheen … Do not swim or fish in an area with a visible oil sheen.”

People who spot oil on land or water are asked to call the U.S. Coast Guard National Response Center at 800-424-8802.

There have been several oil leaks during salvage cutting operations, which began in November. Unified Command said earlier this week that it has the resources to address this most recent discharge.

There has been some oil discharge during each of the previous four cuts. Most notably, an expansive dark cloud of oil leaked into the sound during the cutting of the stern section in January. Cleanup crews towed a current buster in position to round up much of that escaping oil.

The current oil discharge from the shipwreck appears to be waning, although oil globules and fuel sheens are still appearing, said U.S. Coast Guardsman Michael Himes, spokesman for Unified Command.

The operation had 16 boats with cleanup crews on the waters Wednesday and 14 on the water Thursday, he said. This includes four boats that patrol the waters around the clock, he said.

Oil globules are most likely to be found in the high water mark left by receding tides, he said. The globules have gone from thumb-sized to erasure-sized in the past two days, he said.

With vacationers descending on the beaches for the summer break, the health department’s advisory is timely, he said.

The oil itself might not be as noticeable as the orange vested SCAT (Shoreline Cleanup and Assessment Team) packs scour the shorelines, Himes said.

Himes noted an encounter he had Wednesday with a beachgoer on Jekyll Island.

“I saw she had oil on her feet and I said, ‘Ma’am, you’ve got a little bit on your foot there.’ She was like, ‘Oh, my.’ She didn’t even know. These kinds of small but widespread globules are impacting the shorelines. But at this stage of the game we’re certainly not going to see any large slicks of oil coming to the beach.”

“I think it’s just to let people know as summer arrives what to expect and to be cautious and maintain awareness,” said Silbermann, spokeswoman for the district under which the county health department operates.

Fri Jun 11 , 2021
Biogen’s new Alzheimer’s treatment could be experts’ nightmare drug spending scenario: An extremely expensive product that millions of desperate patients could be eligible for — and it may not even work. Why it matters: Alzheimer’s is a devastatingly common disease with no cure. But the FDA’s decision this week paved […] 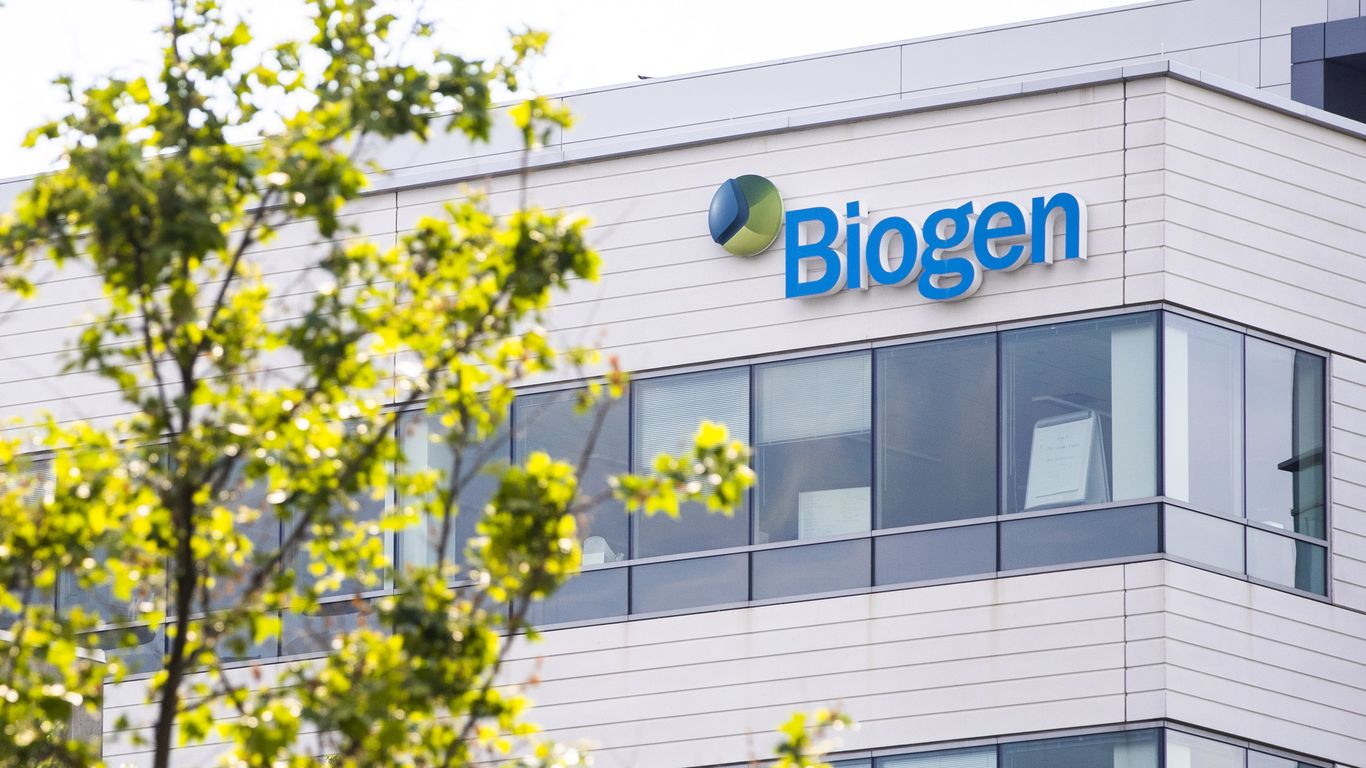