By Sudip Kar-Gupta, Geert De Clercq PARIS (Reuters) – France’s top health advisory body on Tuesday approved the use of AstraZeneca’s COVID-19 vaccine, but said the shot should only be administered to those aged under 65. FILE PHOTO: A vial and sryinge are seen in front of a displayed AstraZeneca […]

PARIS (Reuters) – France’s top health advisory body on Tuesday approved the use of AstraZeneca’s COVID-19 vaccine, but said the shot should only be administered to those aged under 65.

The Haute Autorite de la Sante (HAS) said people aged 50 to 65 with health issues and medical staff should get priority access.

The decision makes AstraZeneca’s vaccine the third shot available in France, after those of Pfizer/BioNTech and Moderna.

Its recommended use for those aged below 65 echoes similar advice from experts in Italy, Austria, and Germany, which said the vaccine should not be given to the elderly, citing a lack of sufficient data to recommend use in older age groups.

“There is still insufficient data for those aged 65+. We hope to have them in the coming weeks,” the head of the HAS, Dominique Le Guludec, told reporters.

“The vaccine’s performance is satisfactory with a 62%-70% efficacy depending on various study outcomes”, she added.

The European Medicines Agency (EMA) gave the green light to the AstraZeneca vaccine four days ago, saying there was not yet enough results for people over the age of 55 to determine how well the vaccine worked in that group but that it could still be given to older people.

The approval is expected to ease pressure on the French government, whose vaccination rollout strategy has been heavily criticized for being too slow.

As of Feb. 1, more than 1.6 million doses had been administered in France. That compares with an estimate of nearly 10 million in Britain.

But the European Union, which last year agreed to buy up to 400 million doses of the vaccine for the bloc, is at the centre of a dispute with AstraZeneca over the speed of supplies.

Last week, the company unexpectedly announced cuts of up to 60% in supplies to European countries, citing production problems at a Belgian factory and triggering a furious response from Brussels.

The HAS said it expected France to get 10 million doses of the AstraZeneca vaccine in the next three months, which would allow 5 million people to get vaccinated, given its two-dose regimen.

In the same timeframe, France hopes to secure 19.3 million shots from Pfizer/BioNTech and 3 million from Moderna.

French European Affairs Minister Clement Beaune said on Monday he expected first doses of the AstraZeneca vaccine to arrive by next week at the latest.

one vaccine dose if you have had Covid

Mon Feb 22 , 2021
France’s Haute Autorité de Santé has stated that people who have already had Covid-19 need only receive a single dose of a vaccine “because they will have already developed an immune memory of the virus”.  The health authority published its recommendation in a report today (February 12).  It recommends that […] 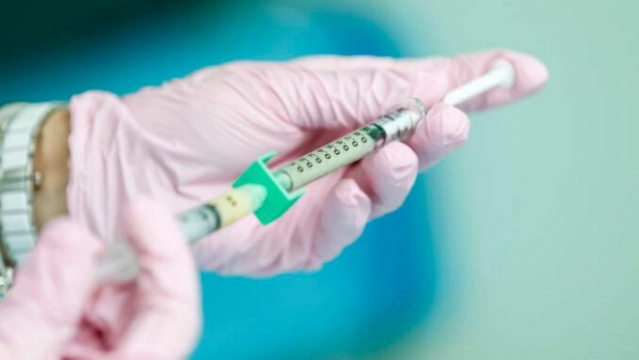