LUMBERTON — New cases of the novel coronavirus went up slightly in Robeson County this week after continuously dropping over the previous six weeks. In the nine days between April 1 and Friday, 163 new cases were reported by the Robeson County Health Department, or at a rate of 18.1 […]

LUMBERTON — New cases of the novel coronavirus went up slightly in Robeson County this week after continuously dropping over the previous six weeks.

In the nine days between April 1 and Friday, 163 new cases were reported by the Robeson County Health Department, or at a rate of 18.1 cases per day. In the five days between March 27 and March 31, with no Friday report given by the department this past week, there were 56 cases, or 11.2 per day.

Two virus-related deaths were reported in the county between April 1 and Friday, bringing the pandemic death total to 227. There were no reported deaths in the previous two weeks.

Vaccination supply is exceeding demand in the county, with more than 20 providers, said Bill Smith, county Health Department director. Pfizer’s vaccine is available to anyone age 16 and older, though not every provider has the Pfizer vaccine in stock. This is the only vaccine approved for ages 18 and under.

There have been 23,493 first doses of the COVID-19 vaccine administered in Robeson County and 17,193 second doses, according to North Carolina Department of Health and Human Services statistics as of noon Friday.

Of these, UNC Health Southeastern says it has administered 11,253 first doses and 9,840 second doses at its clinics.

While vaccinations continue, Smith pointed to the death of a 30-year-old law enforcement officer near the coast as proof the pandemic remains serious, particularly among unvaccinated populations.

“(This) reinforces the notion that younger people are getting the virus, they are having severe complications, and this is the group largely unvaccinated to date,” Smith said.

Local churches allowing shoulder-to-shoulder and largely-unmasked attendance will be a “good opportunity” to see how well immunity efforts work and whether or not they reduce the “expected flood of positives” from those services over the coming weeks, he said.

With the end of the academic year approaching, public schools are considering holding graduation ceremonies in football stadiums at 50% occupancy, Smith said. Other school-related events not sanctioned by an educational institution are still required to be within mass-gathering limits, with masks and distancing required.

UNC Health Southeastern reports five virus-positive patients in isolation at its medical center as of 11 a.m. Friday, with four employees under quarantine because of possible exposure to the virus. Both figures are the same as they were on April 2.

The University of North Carolina at Pembroke reports four active cases among its student body. There have been three new student cases since April 3, bringing the semester total to 41.

There were 112 virus-related deaths reported in North Carolina from April 3 to Friday, up slightly from the 108 between March 27 and April 2. The state’s pandemic death toll is now 12,248.

There were 977 virus-related hospitalizations in the state as of noon Friday, down from 985 on April 2.

In other virus-related news, NCDHHS said Friday it has worked with the CDC and the Wake County Public Health Department to investigate a limited number of reactions reported during Johnson & Johnson vaccinations at PNC Arena in Raleigh on Thursday. Analysis by the CDC did not find any safety issues or reason for concern. The CDC recommends continuing to administer the vaccine.

More than 2,300 people were vaccinated at the PNC Arena event. Of those, 18 experienced symptoms such as nausea, dizziness, fainting and one allergic reaction. Four were taken to local hospitals for observation. All but one have been released.

The CDC said this is not the first such incident of vaccine recipients suffering side effects.

People may experience reactions such as a sore arm, headache, or feeling tired and/or achy for a day or two, according to an NCDHHS release. In most cases, these reactions are temporary, normal and a sign the body is building protection.

The COVID-19 vaccines are tested, safe and effective, with almost 175 million doses having been administered in the United States, according to NCDHHS. Recipients cannot get COVID-19 from the vaccine and no serious safety concerns were found in clinical trials.

Anyone experiencing possible side effects should report them to the Vaccine Adverse Event Reporting System, a national system that collects data to look for “adverse events” that are unexpected, happen more than expected or have unusual patterns of occurrence.

Health care professional: ‘Now is the time to be vaccinated’

Sun Apr 18 , 2021
BROOKINGS, S.D. (KELO) — More than half of South Dakotans have at least one dose of the COVID-19 vaccine, according to the state Department of Health. But a Brookings health professional has a message for those who haven’t rolled up their sleeve yet: don’t wait. Sanford Health to offer regularly […] 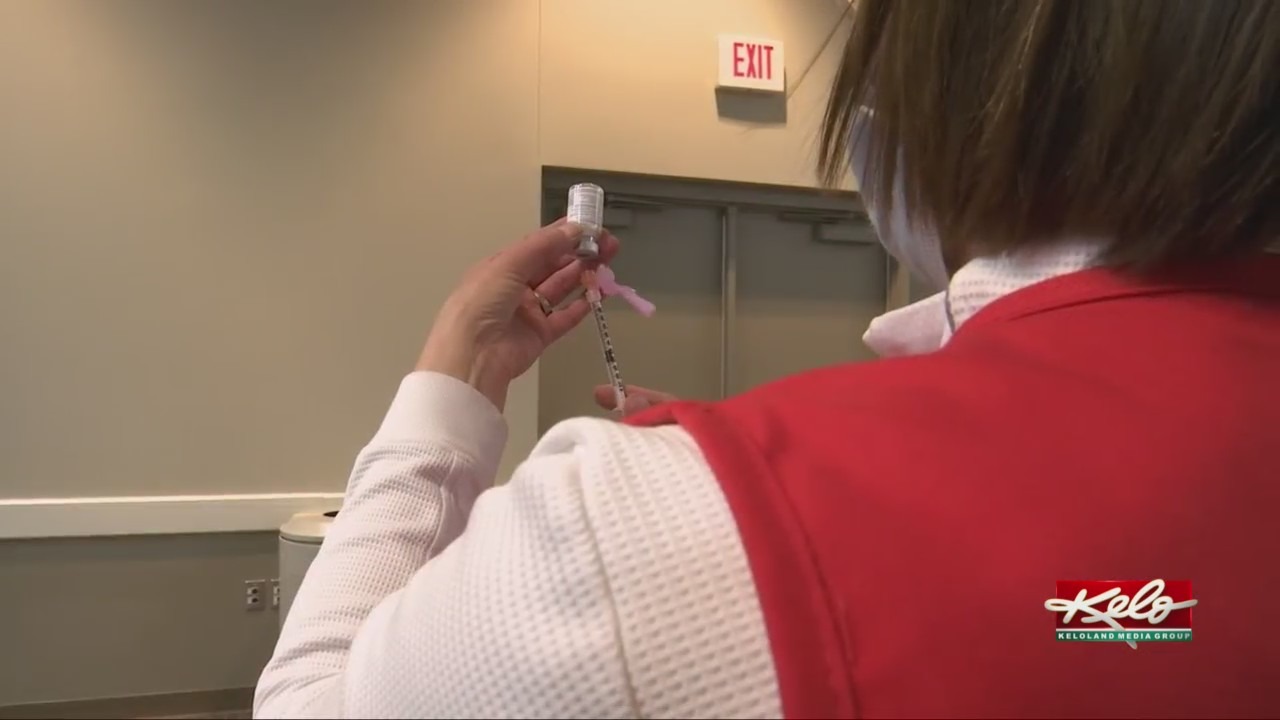