Nix these mouth-rinsing mistakes for a healthier smile.

Mouthwash definitely deserves a proper place in your oral care routine. It can help prevent cavities, eliminate bacteria and relieve symptoms of dry mouth. But only if you use it correctly.

Here, we spoke with dentist Jeffrey Sulitzer, DMD, chief clinical officer with SmileDirectClub, about five common mouthwash mistakes that may be disrupting your dental health, plus what you can do instead to optimize your oral hygiene.

Mistake 1: You Use Mouthwash Right After You Brush

If you rinse with mouthwash seconds after you brush, you’re doing your teeth a disservice. That’s because you risk flushing away the fluoride from your toothpaste.

“However, for the ingredient to be effective, it needs time to coat your teeth and activate,” he adds.

​Fix it:​ After brushing, wait three to five minutes to let the fluoride work its wonders before you swish with mouthwash. (What about flossing, you ask? Do that before you brush.)

Mistake 2: You Choose the Wrong Mouthwash

Not all mouthwashes are made the same, literally. Mouthwashes can contain varying active ingredients, and some of these elements may not be suitable for certain people.

For example, rinses with alcohol or other antibacterial ingredients will dehydrate the mouth, Dr. Sulitzer says. So if you have a condition like dry mouth or mucositis, swishing with an alcohol-based mouthwash will just worsen the problem, he says.

What’s more, some people can even be sensitive or allergic to an ingredient found in a mouthwash’s formula, Dr. Sulitzer adds.

​Fix it:​ “It is essential to speak with your dentist, who may recommend specific mouthwashes or rinses based on your underlying problem,” Dr. Sulitzer says.

Mistake 3: You Use Mouthwash Instead of Brushing

When you’re too busy to brush, you might think a quick swig of mouthwash will suffice. But read our lips: Mouthwash is ​not​ a substitute for daily brushing and flossing.

Mouthwash only eliminates ​some​ plaque. That means “you still need the mechanical forces that are created when brushing and flossing” to effectively remove plaque, Dr. Sulitzer says.

​Fix it:​ Don’t think of swishing mouthwash as a replacement for other oral hygiene habits. Rather, use it as an additional tool in your daily dental care routine, which should also include brushing twice a day and flossing at least once per day.

Mistake 4: You Use Mouthwash to Treat Chronic Bad Breath

We’ve all leaned on mouthwash to mask bad breath after a tuna sandwich or garlic bread. While it’s OK to use it for a quick, temporary fix now and again, you shouldn’t rely on mouth rinses to treat chronic bad breath.

Here’s why: ​“​Chronic bad breath [also known as halitosis] often indicates a more significant oral issue such as gum disease,” Dr. Sulitzer says. In some cases, halitosis may also be a sign of gastric reflux, diabetes, liver or kidney disease, per the American Dental Association.

​Fix it:​ If you struggle with persistent bad breath, see your dentist, who can help you get to the root of the problem by making a proper diagnosis or referring you to another appropriate health care professional.

Mistake 5: You Use Mouthwash More Than Twice a Day

You know what they say about too much of a good thing? Well, this saying applies to mouthwash, too.

“Using a mouthwash that contains antibacterial ingredients too frequently could kill the good bacteria in your mouth and create room for less healthy bacteria to grow and thrive,” Dr. Sulitzer says.

Additionally, if your mouthwash contains alcohol, using it more often than recommended can disrupt saliva production and cause dry mouth, he adds. And that may create another set of problems. A dry mouth attracts more bacteria, which can produce bad breath and cavities, Dr. Sulitzer says.

Simply put: Rinsing too much counteracts your oral hygiene efforts.

​Fix it:​ Stick to two swish-and-swirls daily: once in the morning and once at night.

Fri Sep 3 , 2021
With all of the information on so many alternative dietary supplements, eating regimen plans and well being regimes we wanted to make a listing of the Prime 10 Well being Supplements everyone must be taking on a regular basis. In 1994, the Dietary Supplement Health and Training Act sharply restricted […] 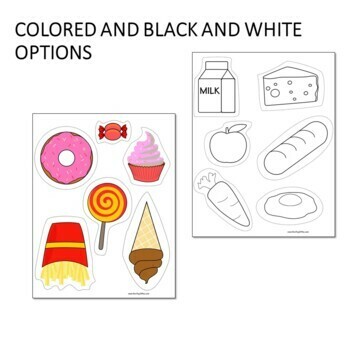